Balachandran (Bala) has over 25 years of experience in Healthcare and Information Technology. He was the vice president and general manager of Cardinal Health’s NeuroCare business division, a $150 million business.  He also served as the chief operating officer of Neurometrix, Inc. where he successfully transitioned the company’s strategic direction to point-of-care diabetic neuropathy and put the company on a growth trajectory.  He was with Hewlett Packard company for 8 years in various roles including director of the company’s strategic alliances.  Earlier in his career, Bala managed worldwide distribution for medical devices with special focus on Europe and Asia-Pacific. Bala holds a Bachelor’s degree in Electrical Engineering from National Institute of Technology, Nagpur, India and an MBA from the Indian Institute of Management, Ahmedabad. 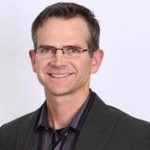 Dr. Monroe is board certified by the American Board of Pathology in cytopathology, anatomic pathology, and clinical pathology. He received his degrees in medicine and genetics from Harvard Medical School. He subsequently completed residency training in pathology at Stanford University and the UCLA Medical Center, followed by a fellowship in cytopathology at UCLA. Dr. Monroe worked as a pathologist for Central Coast Pathology Consultants, where he was responsible for a wide variety of surgical and biopsy pathology cases as well as leading cytopathology and molecular pathology programs. During his tenure with Central Coast Pathology, he also served as the co-director of pathology at Marian Medical Center. Over the years, Dr. Monroe has consulted for various companies including Oncologic, BioAsia, and Corporate Venture Partners. 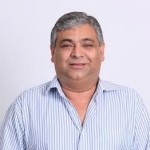 Dr. Pandita received his Veterinary Medicine Degree from Haryana Agricultural University in India and his PhD from the University of Toronto. He subsequently completed his post-doctoral training in the Department of Molecular Pathology and Laboratory Medicine at the Mayo Clinic. Dr. Pandita worked as a scientist for Genentech, where he was responsible for developing personalized health care strategies for Genentech molecules in the pipeline. His work included creating predictive biomarker strategies, developing novel assays, and creating an implementation plan for early development and proof-of-concept (Phase I and II) clinical trials. In addition, his group was responsible for supporting early- and late-stage research activities in the areas of target discovery and validation through understanding the underlying chromosomal basis of genetic alterations observed in cancer. He has over 20 years of experience in the field of molecular cytogenetics and molecular biology. Dr. Pandita has consulted for various research groups in academia and industry. He has published numerous articles in peer-reviewed journals and has shared his expertise through various lectures and presentations locally and nationally.

Linda received her Bachelor’s degree in Molecular, Cellular, and Developmental Biology from the University of Colorado and a major in Medical Technology from the University of Great Falls, Montana. She then obtained an ASCP certification in Medical Technology and performed testing in the clinical laboratory at Benefis Health Systems Hospital in Great Falls. After relocating to California, she got her license as a Clinical Laboratory Scientist and performed testing in the microbiology and tuberculosis laboratories at Santa Clara Valley Medical Center in San Jose. After five years doing direct testing, Linda held management positions in clinical chemistry and laboratory information systems. Most recently, as a quality assurance manager at BioReference (formerly Hunter) Laboratories in Campbell, she facilitated compliance with healthcare law and regulatory standards, maintained the quality management system, coordinated inspection preparation and follow-up, and implemented chemical hygiene and safety policies. 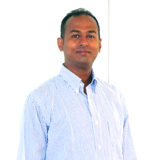 Dr. Mohan received his Master’s degree in Biochemistry and his PhD in Cancer Genetics from Dr. MGR Medical Medical University. As a part of his doctoral work, Dr. Mohan completed a fellowship in Molecular Cytogenetics and Molecular Biology of Leukemia at Hiroshima University, Japan. He subsequently completed his post-doctoral training in the Department of Radiation Oncology at Albert Einstein College of Medicine, New York. After a brief stint at Quest Diagnostics, Dr. Mohan worked at Genentech, where he was part of the Molecular Cytogenetic group responsible for developing novel FISH assays for Genentech molecules. In this role, he developed novel FISH probes, performed quality control for these probes, and optimized novel FISH assays based on the probes for the various clinical trial programs. In addition, he was responsible for supporting early- and late-stage research activities in the areas of target discovery and validation. He has over 15 years of experience in Cancer Molecular Cytogenetics and Molecular Biology. He has published several articles in peer-reviewed journals and has presented his work at national and international conferences. 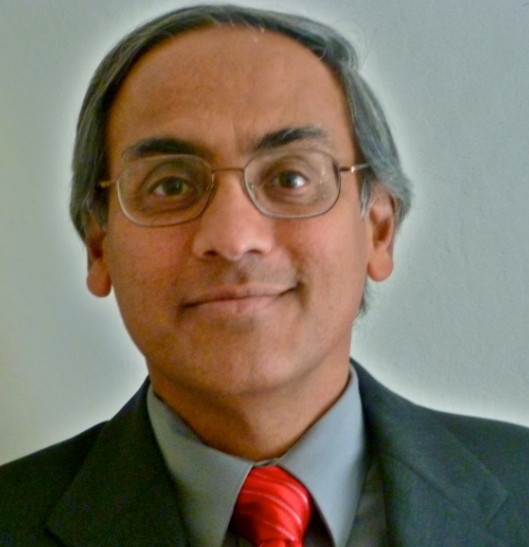 Dr. Baichwal received his Bachelor of Pharmacy from Institute of Chemical Technology, Mumbai University, his Masters in Biochemistry from Purdue University, and his PhD in Molecular Biology from University of Wisconsin, Madison. After post-doctoral research at UC Berkeley, he joined Tularik, Inc. and was engaged in drug discovery research. Dr. Baichwal has over 20 years of experience in various capacities in the biotech industry. His work has focused on research and development of novel therapeutics in oncology and other disease areas and has led to the progression of six drugs into clinical development. Most recently, as Senior Director Pharmacology at Myrexis, Inc., a pharmaceutical company spun-off from Myriad Genetics, he was responsible for translational research. He holds multiple patents, has published several papers, and has presented work at national and international conferences.